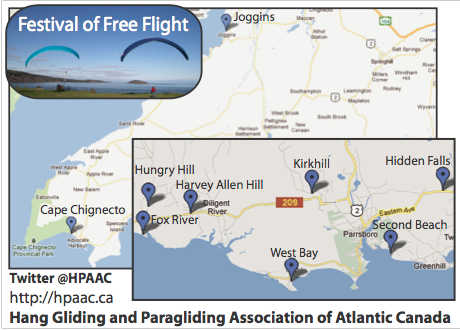 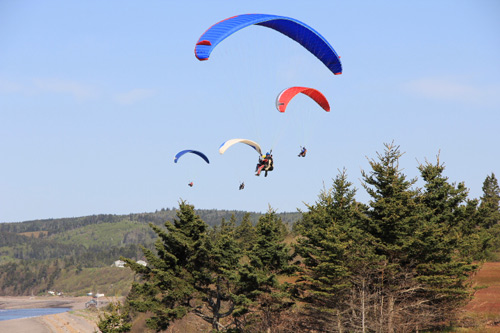 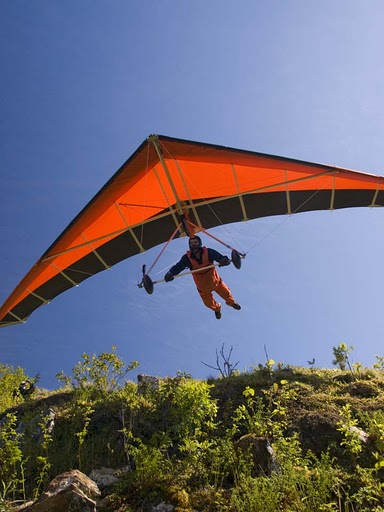 New Brunswick will be THE place to fly in 2013.

The HPAAC members have implemented improvements to a prominent New Brunswick coastal hang gliding and paragliding flying site at Dennis Beach.  Scott Newman lead the project from the NB logistics side.  Financial support was provided by HPAAC based on an plan approved by the membership at the 2012 Annual General Meeting.  Michael Fuller and Scott Newman collaboratively established a plan to widen and resurface the launch, then other members, family and friends all joined in to lend a hand.

The enhancement work was carried out in the last week of October.  Scott Newman was already busy betting prepared, and with the help of his father the two cut and stacked 250 square feet of sod.  A huge job done!  Then… “all hands on deck”.

With weather cooperating (and wind no good for flying – of course)… an excavator arrived on site to resurface the ground, then many hands began laying the sod.  Pilots from Nova Scotia and New Brunswick spent a very physical day raking and sodding the new launch.  A big thanks to the work crew of Scott, Michael, Ed Eustace, Ross Manning, and Brian Wheaten.

The Dennis Beach launch has now been resurfaced, the sod fertilized, and the winter winds have begun to blow on the Fundy shore.  With the new launch the Dennis Beach site will be THE thing to do in 2013 flying season.  The site is definitely something to put on your New Year’s Resolution list.

A very special THANK YOU to those members and friends of HPAAC who have donated money to cover the costs of this project.  You gave, and results have been achieved!